Hey gang! It’s been awhile since I shared any vintage spanking pictures, and I know a lot of you are big fans of it like me. So with that being said, enjoy a few of these vintage spankings I found on Tumblr! 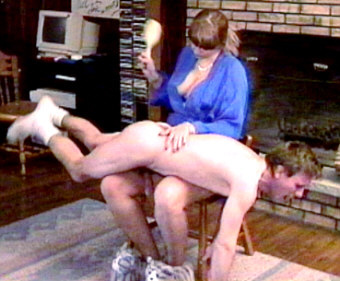 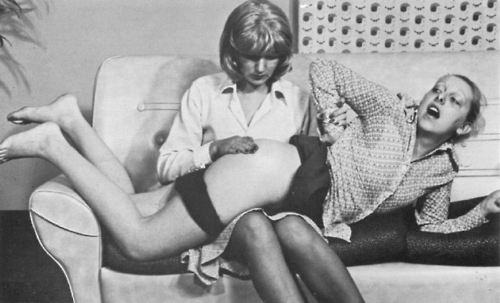 Hope you all enjoyed these as much as I did and hope everyone is having a great week! My last day of the week is tomorrow…officially, but then I have to pull a 24 hour guard shift on Friday (yay me!). I hope everyone has a great Labor day weekend and hopefully I’ll have enough free time to put out some more spankalicious blog posts! In the coming weeks, stay tuned for more posts on a continuous basis as I try to hash out a schedule for blog posts at a rate of about 3 times a week, if not more. I’m also working on 3 separate spanking stories right now so I’m hoping to show those off soon! I may even throw in a new interview with a spanking starlet (to give you a hint on who it is, she’s a real Cutie!!!)

Have a great rest of your week spankos! Happy Spankings!

A few days ago I was browsing through some spanking blogs that I frequent and I came across a great post from Alex Reynolds which prompted me to do a sort of similar post of my own!

During her post she discussed coming out as a spanko to the people in her life that don’t have anything to do with spanking (aka vanilla). I thought it was interesting at how casual she is about coming out as a spanko (and a professional one at that) to people who she feels would have no problem with it. That got me thinking about how I’ve also done similar things myself, and have admitted to several of my vanilla friends about my interests (and passions) in the spanking lifestyle…with mixed results!

I have to say that while to us spankos this lifestyle seems quite safe and normal, we have to understand sometimes that not everyone thinks the same way we do. It’s part of being human of course and we’re allowed to have different feelings about different topics.  So in no way am I saying that people who think our lifestyle is disturbing or unsafe is wrong, they’re just entitled to their own opinions…no matter how closed-minded we think it is as spankos in this lifestyle.

People have acted in different ways however when I was brave enough to show them the “real” and “complete” me. I had a friend that I grew up with ever since pre-school, one of those life-long friends that you know always has your back. We have always been close and we’ve never hidden anything from each other. When I first decided to “come out” about my interest he was the first person I was going to tell, because obviously I knew that he would take it and accept me for who I was. I thought “hey, he might even be interested in it himself”. since we were both young and horny teen boys at the time who were up for anything.

Interestingly though, when I did tell him I was actually dead wrong about my assumptions. Sure, he took it and accepted me for who I was just like I thought he would, but he also told me to never bring that stuff up around him because it grossed him out way too much and thought it was just plain wrong. To be honest, I was a little hurt by his reaction at first. I thought for sure if anybody would understand where I was coming from it would be him. Even though he didn’t hold it against me and gave me the whole “whatever floats your boat” speech, I felt extremely…awkward (I guess that’s the right word) for awhile after. I still consider him one of my closest friends. He’s actually the first guy I ever had full on M/M sex with (yes, we were really horny teenagers) and I also can’t believe I just admitted that! Unfortunately though, when I joined the army back in 09 I slowly lost contact with pretty much anybody I knew before then, including him. I had the chance to call him up a few months ago, but for some reason I just haven’t done it yet.

So on one hand, when you come out as a spanko to people, they may react that way. On the other hand, they may react completely the opposite and react the way one of my coworkers did a few years back.

So I was working with a close knit group of soldiers after my deployment to Iraq. There was one woman there,, a little older than I, who was just really awesome and we connected instantly. This was one of those people that just did not have a filter and would say anything that was on their mind, good, bad, or vulgar! She seemed to have this style about her that you could tell you could say anything to her and she wouldn’t mind one bit. So, I gave it another shot and confessed to her my passions about being a kinkster. Fearing I would again be looked at as weird, I almost regretted saying the things that I said. Fortunately though, she not only thought it was pretty cool that I would admit to something like that, she admitted to me that she too had a kinky side to her that nobody saw. Even when I was invited to her house for a Christmas party she showed me her “private” stash in her bedroom. Sure enough, she had paddles, handcuffs, ropes, sex toys, and even a leather corset stuffed in a locked bottom drawer in the nightstand next to her bed. Suffice to say, I was pleasantly surprised to find out that I had someone working with me that actually “understood” me.

So those are two examples of how things went when I confessed about being a spanko. It’s definitely not easy, and even though you shouldn’t really tell “everyone” you know (IE. bosses, teachers, parents, kids, etc.), you can still go out there and share the complete YOU. Nobody in this lifestyle should feel like they are weird or crazy for having these feelings and emotions for something that society feels is taboo. The only way we can really feel happy is by being ourselves!

This is me…figuratively and literally!

Thought I would say hi and check in again with another installment of a cornertime picture for this week. Trying to get back onto a regular blogging schedule, but a lot of things have been going on lately real world wise…been a busy summer that’s for sure! Hope everyone has been enjoying their summer as well.

Now back to your regularly scheduled blog posts!

For this week’s cornertime shot of the week, we have a special picture that Alex Reynolds sent me from her latest shoot at Triple A Spanking (www.aaaspanking.com)! Isn’t she just adorable in the corner!? 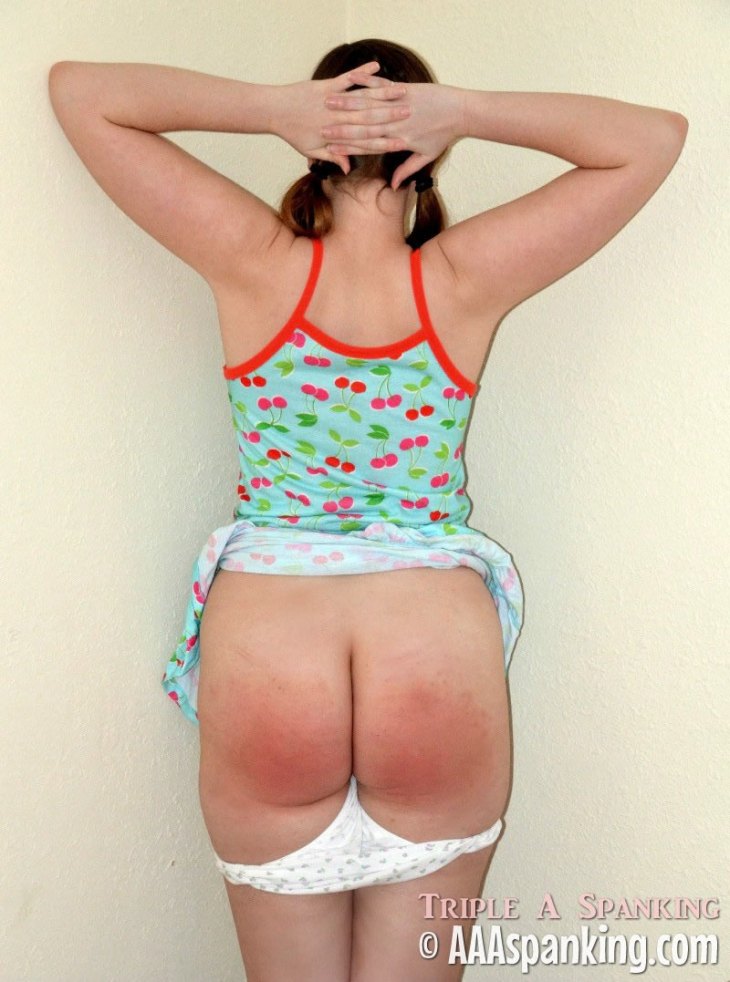 Alex Reynolds’ adorable self in the corner. Photo courtesy of Alex Reynolds and Triple A Spanking!

If you haven’t already, check out her blog at http://www.alexinspankingland.blogspot.com and her new new online clips store at http://www.kitchensinkspanking.com!

Also take a look at our awesome interview with Alex here at A Spanko World! Have a great day friends! Happy Spankings!