Time everyone has been waiting for!!

When anyone thinks of soap and mouth washing the most common soap to come to mind is Ivory! Its a tried and true staple in most homes! Personally it brings back a lot of memories for Mrs. Welts as it was even the soap used in her home growing up. Bathing and ,mouth washing duties combined! 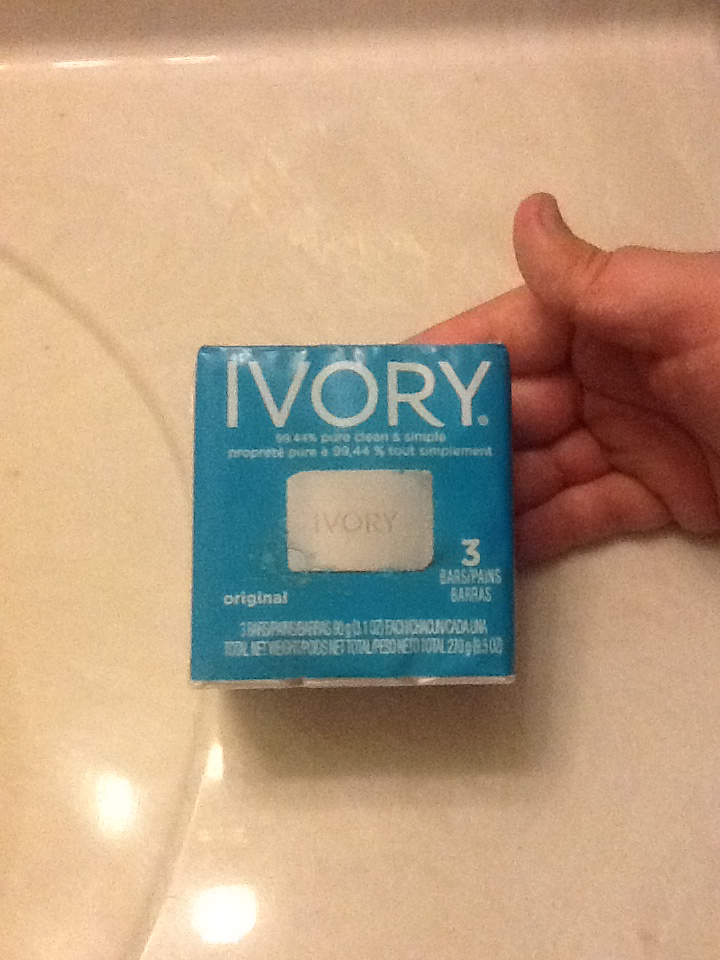 During this experiment I was reminded many times that I was excited to try out this little project of ours, but now that’s it’s started…what did I get myself into! At first it was just going to be 5 bars of soap reviewed over a span of 5 days, but nah, the Mrs. thought it should cover dozens of different kinds of soap over a span of a few months! Of course, since she gets pretty sick when trying any type of mouth soaping and I can take it fairly well, guess who gets to be the guinea pig? This guy right here! Gee, thanks Mrs. Welts! :P

So to start off with our Ivory soap, we got a 3 pack at our local Wal-Mart for about $1.50, can’t really beat that for a good deal, probably the least amount of money you’ll spend for an instrument of discipline! Mrs. Welts started by lathering up the bar to make sure I got the “full effect” isn’t she thoughtful?

As you can see from the picture below Ivory lathers pretty well, but we wouldn’t say it’s as good as others, it’s kinda like the “Plain Jane” as far as soaps go. Still though, it does create a good bubbly effect…ugh!

Now that it was ready to go Miss told me to open my mouth and she just shoved the bar right in and told me to bite down and hold it. Now normally if this was a discipline mouth soaping, she would likely run it over my tongue a few times and over the inside of my mouth and teeth. I’ll tell you it’s the worse if you get soap stuck in your teeth, the taste will linger for hours! As far as “taste” goes, Ivory isn’t all that bad, but the longer you have it in your mouth for the worst it gets. It gradually starts to burn to where after awhile it feels like you’re sucking on a jalapeno! Also it has a really slimy, almost oily taste to it that obviously you can’t create anywhere else. Honestly though, I’ve had a lot worse, but it’s still not that great…what mouthsoaping is??

As you can see, it can definitely get the job done if used properly! Ivory is probably the original and likely still the best as far as getting your point across with a good mouth washing. As I said earlier, we’ll be doing more soaps in the coming weeks and months as we find more to try out! I know we’ve had some people request certain types to be tested and we’ll likely get to those as well, but for now I hope you guys enjoyed this first installment of our soap experiment! Coming soon we’ll be doing some product reviews with the paddles we purchased recently from Blue at Blue’s Blades and you’ll likely see some other rants and raves from us as we like to go on our little tangents on our spanking adventure! Thanks again for stopping by you spanko fans and I’ll leave you with a final picture of the bar of Ivory soap after I was done getting soaped with it. Hopefully it’s a good reminder for all you naughty boys and girls to behave and watch your mouth! Bye for now! :)